The Move, the Jobs, and the Editing


So I've been busy. Since I'm now (and hopefully) a full-time Assistant Language Teacher (ALT) with this company (instead of a substitute, which I was originally hired as), I will be working 40 hours a week between 2 elementary schools and 2 junior high schools; I'm also teaching/managing an online session of WEB 115 with AB Tech; and I'm editing/rewriting Omega Noir, so it can hopefully be released by the end of the year.

Why? I want "Omega Noir 2" to start in November, so I can participate in NaNoWriMo again.

Oh, did I mention that I'm also working on Keat and my side project, Japanoblog? Yeah, we're also doing that when we have some free time.
I know I've been slack on my personal site's postings - I've dedicated more time to Japanoblog while I've been at the apartment (shooting video, editing video, creating the blog post, managing social media presence, etc) along with making sure that my WEB 115 course is up-to-date (wash, rinse, repeat - minus the social media), and prepping for my new ALT job.

Overall, I have a lot on my plate - and that's how I like it. While working full time, having a part time online teaching job, writing/editing books, and managing/shooting/editing video and posts for a side job, I've got a lot to do. Am I making excuses? No, I just don't have a lot of free time. Does that mean I will stop writing? Of course not, but I won't have as much dedicated time to get my books done as fast as I originally hoped (which also means my parody book, The Story: Epic Conquest of Tag may have to wait until probably 2019 or so 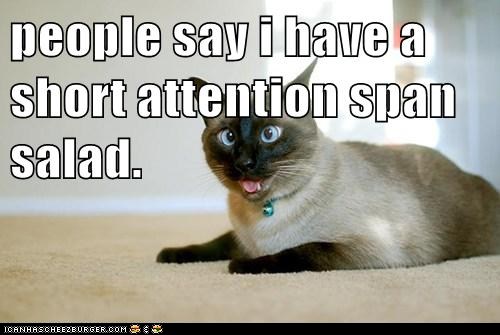 No, my thought process isn't this.....squirrel!
There have been many instances when people that know me very well start talking to me, and during the conversation, my eyes go back and forth very quickly. Some people may think I'm having a spasm. Technically, no. It's just my "Thought Process" starting up and going 1000MPH.

For the sake of understanding, I have (at least started) a list of items that my thought process goes through when it gets started. 99% of the time, it deals with a new website or web-based service. And to give you a better understanding about what my process goes through, instead of just staring at me with a quizzical look, here's (mostly) everything:

(Yes, it's a lot. What did you think, I just thought about the design?)

I may add more to this list as need be, but at least it's a start.

I just found a cool tool!

Ever since I first learned about Chris Pedderick's Web Developer Toolbar for Firefox, it has been an invaluable tool for my web development processes.

Now, Chris has gone one step further and included something that I just thought was cool: Responsive Layout viewer!

This little widget allows you to view a site in the standard responsive design sizes, including standard mobile, mobile landscape, tablets, standard desktop, and more!

Here's an example of The System in this view, because I like the way Rosscott made his site:

If you have Firefox or Chrome and work on the web, I would highly recommend this tool. This is an extremely close 2nd to Chrome's Developer Tools when working on sites. 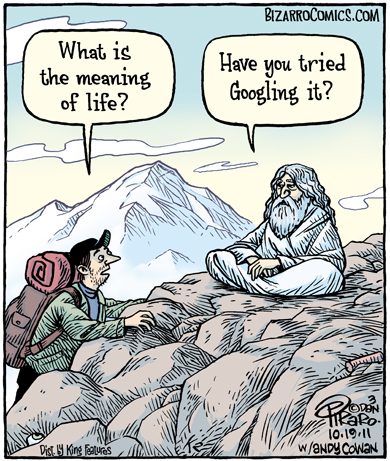 Today was Take your Squishy to Work Day, so I brought my Squishy to work. Here's a shot of my mini-fox hard at work: 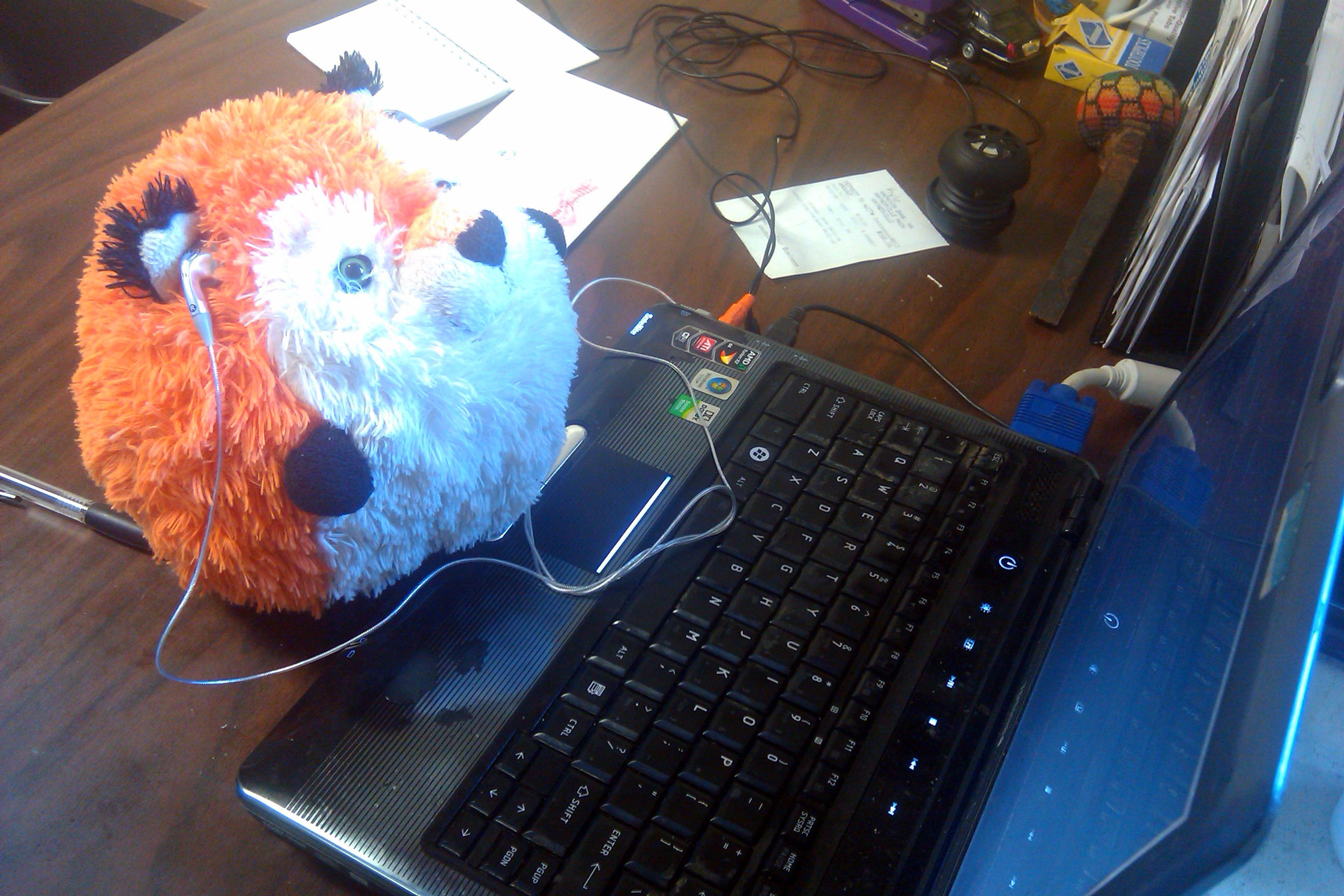 Anyway, today was kind of a wasted day. I don't know why. After getting my notes together and corrected this morning about a client, I met KC at the office at 11, gave him his cards, then pretty much browsed the Internet for a few hours - mainly webcomics. Today seemed like a good day to browse the other 99% of webcomics that I had been missing from the outbound corners of the internet. I added a nice little "Favorite Webcomics" section to the blog (below the "Comments" section on the right side), which looks like this:

The above webcomics are always listed in a random order, so don't think that I have a preference.

Anyway, after I got done browsing, KC finished his work on a client's site. I went in and tweaked it a bit, and it was officially classified as "Done!" so I moved the beta.php page to the index, and made a PR announcement on the Shadow Dev website.

I went back to browse some webcomics, and voted for a lot of my favorites on topwebcomics.com. So, that's it for my Wednesday. Hopefully I can be more productive tomorrow and Friday to call this week a success. 7 hours today + Mon and Tues = ~21 hours.

What Websites are made of 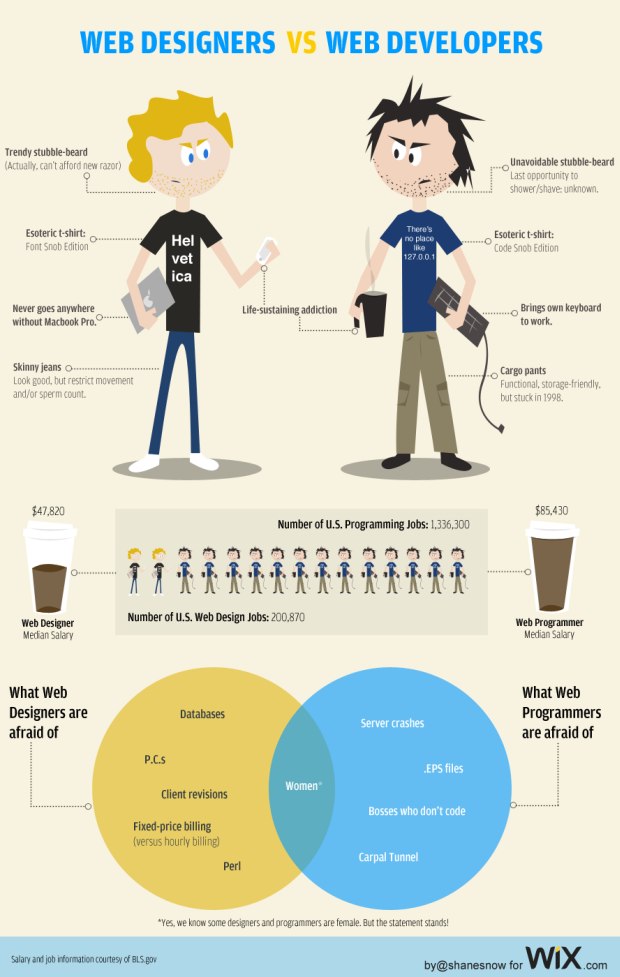 Credit to wix.com and gizmodo

After spending 1 week with email support from Website Source, Comodo, and enom, I finally have the SSL Certificate for a client that was assumed "lost". It turned out that after getting super-frustrated at being sent in circles, Comodo sent me an email saying "Please call support". So I called support and (finally) had my SSL Certificate within 10 minutes. 5 minutes later, I installed it on the client site and everything was at peace.

Here's an overview of what happened:

...and that was the past few days. May 6 to today to be exact. It feels good to get that off my chest and release some steam. I was driving like crazy today and about to rip something if I got my hands on it since nobody was paying attention and didn't understand what was going on.

ANYWAY, here's today's comic (which I think is very relevant):

Is this the first time I've posted a SMBC comic?
That pretty much sums up my past few days. Keat and I went house hunting on Sunday and found a few houses that we liked. We sent the list off to her parents and are awaiting "the talk."

I also called my mother on Mother's day and wished her "Happy Mothers Day". Yay for mothers!

Also got Half-Life re-downloaded from my old Steam account and started that back up. By using a wireless mouse I have from ??? ago, I'm doing pretty well for not having played the game in about.....4 years? The CD didn't want to install on Vista 64, but luckily Steam had my account active and I was able to re-download the install files. Yay! Now to deal with all of the stuff that piled up over the past few days while I was dealing with the SSL stuff.

PS: Keat finished up her final semester at HCC today and graduates on Thursday! Hooray for her! Now on to Western to finish up her Bachelors.