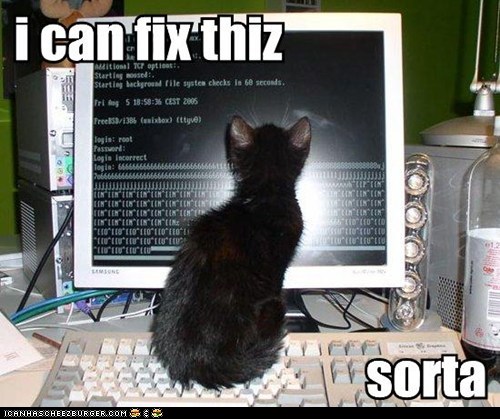 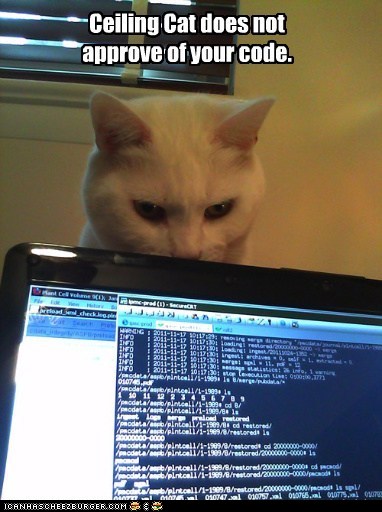 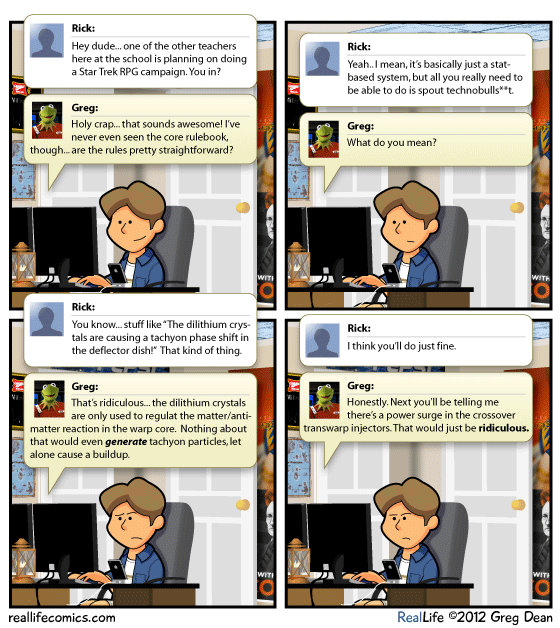 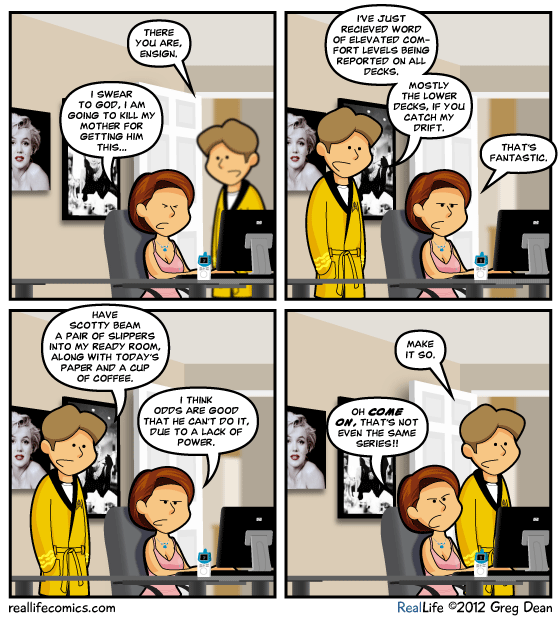 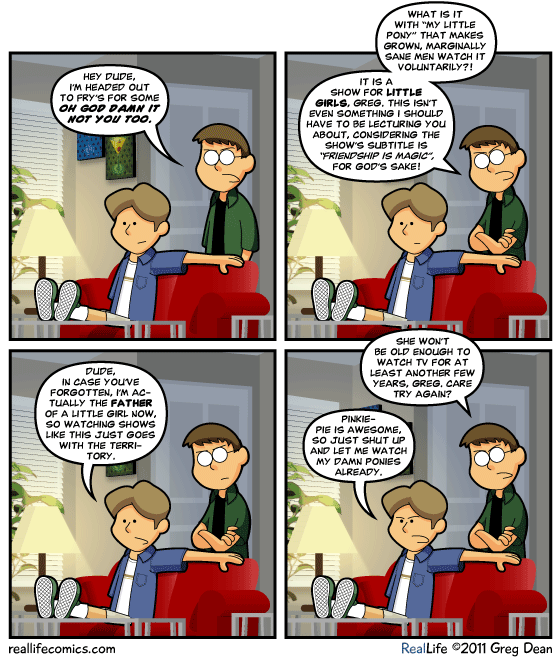 Yes, I'll admit: I watch MLP:FiH. And best part of all, the newest episode (Return of Harmony (part 1)) has John de Lancie in it (the voice was too obvious)! If the ponies are going up against Q, they have no hope. But we'll see in Part 2.

On a semi-related matter, my favorite is Rainbow Dash! 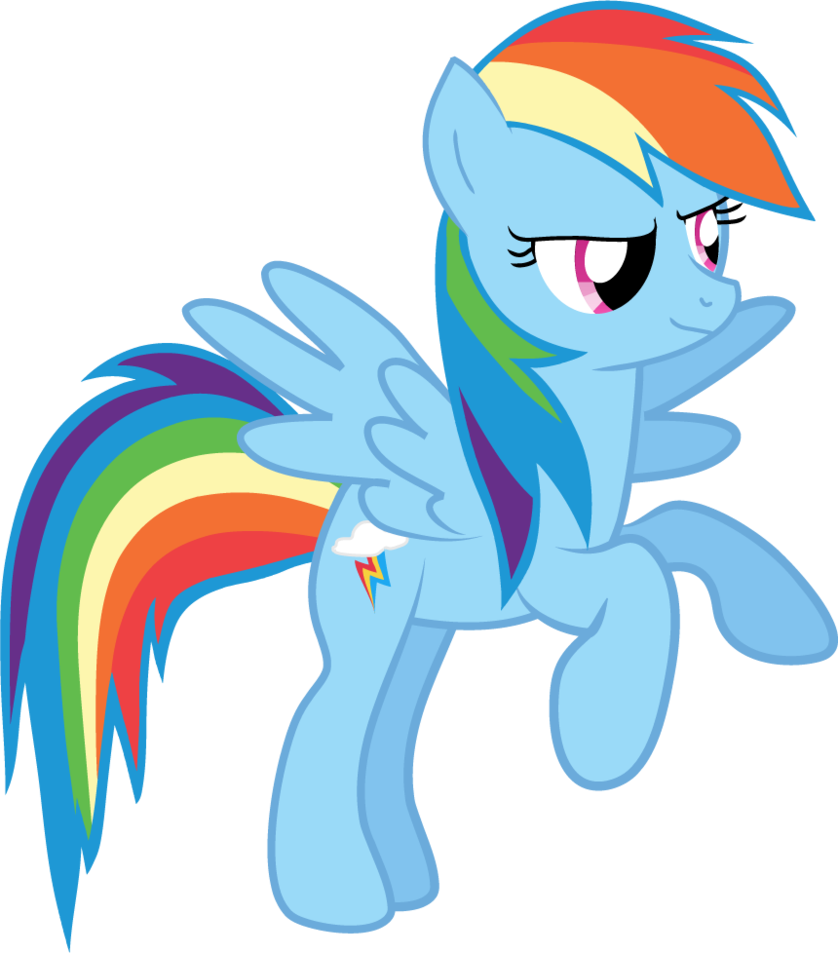 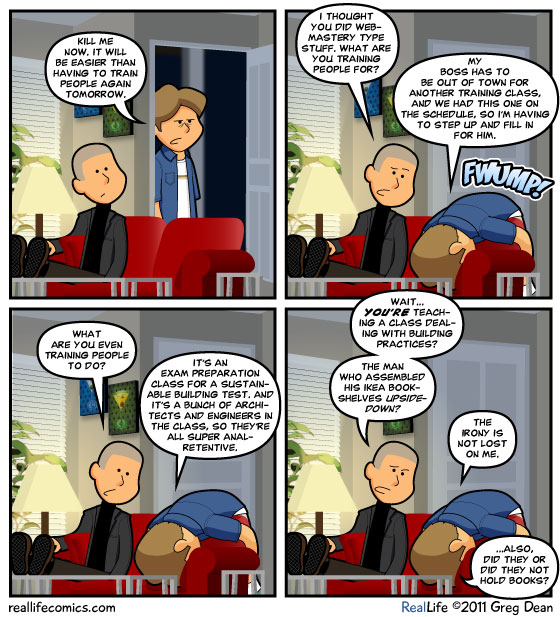 I thought this would be appropriate since I'm helping plan a seminar, I'm a dwell in "Web-Mastery Type Stuff", and I've put a (Walmart) bookshelf together upside down.