I wrote my first book!

It's official. I have officially finished writing my first book. The first book of the Night Blade series has been finished as of 7:40pm today.

I must give a lot of credit to NaNoWriMo for giving me the "kick in the butt" I needed to start something like this. On November 2, when I first learned about it, I thought that the "50,000 goal" was way out of the way. I would have to incorporate all of my scripts into one novel, and then add some more to make the goal. Instead, using the first 5 volumes as a basis, and a 1,666 word/day quota, I not only met the 50,000 word goal, I surpassed it by 21.06%!

Yes, my official word count is 60,530. And that's just the first 5 volumes. I'm expecting to make Volumes 6-10 into Book 2: Day of Reckoning. Let me first get through the publishing process before I begin that book.

It was definitely a challenge to take visual aspects and put them into descriptive terms. However, through many late nights between Nov 2 and now, I can say the novel has been completed!

My stats for this novel: 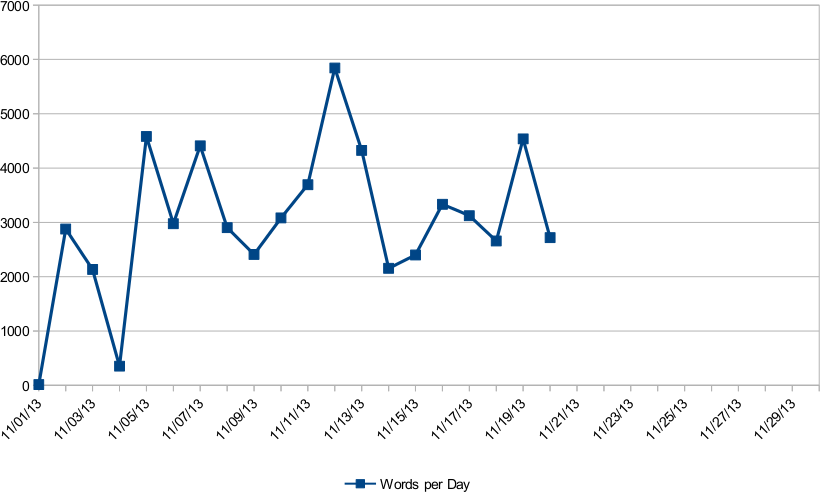 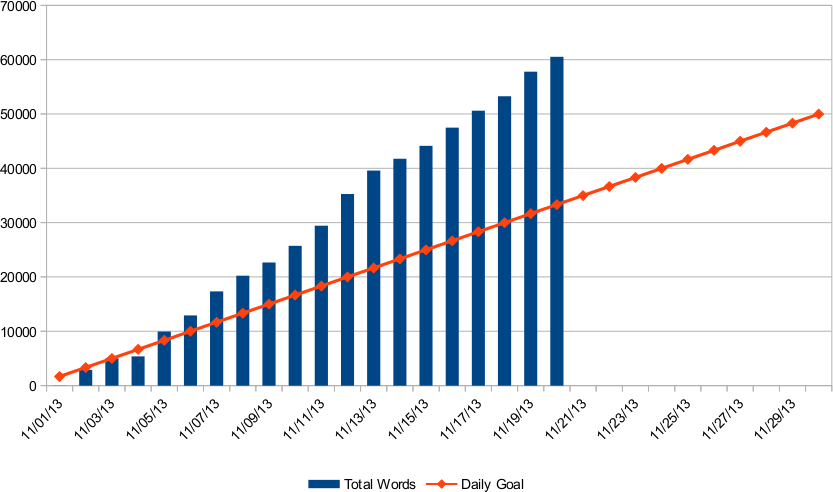 ...and here's my sleep pattern for the past month, just to show how late I was up during some intense-writing mornings: