Summer is over...but it's not a bad thing

It has been some crazy past few weeks. Let me do a quick summary of what's happened:


That's it for business. If you got this far, I know you're tired of reading this. I'll finish the rest quickly.

Okay, that's enough from me for now. Ranting over. Enjoy this penguin:

It certainly seems like my posting frequency has been reduced to 1x/mth. Well, we'll see how it progresses.

Between my last post and now, here's a summary of the last month's operations:
Personal:


That'll do it for now. My days have been merging with nights, and I'm lucky if I can recall what day it is. I'm trying to wake up at 9:30am. Let's just say that my 9:30am days are starting at about 12-1pm. So, my day consists of the following:
1pm-ish: Get up, get dressed, get to the office
1-7pm: Work on everything: programming, accounting, legal, project management, sales, secretary, janitorial, etc
7-10pm: Go home, do home-based chores (cut grass, laundry, dishwasher, clean up, cook, etc)
10ish: Dinner
11pm: more home-based chores (dishwasher, laundry, gather files, feed the cats, etc), go for a daily walk
11-1am: Get ready for the night (help with pills, tuck Keat in bed, etc)
1am - 4:30ish: work/program (while either listening to music or watching Netflix)
4:30ish - 9:30am: sleep
9:30am - 1pm: attempt to get up, sleep more
Repeat 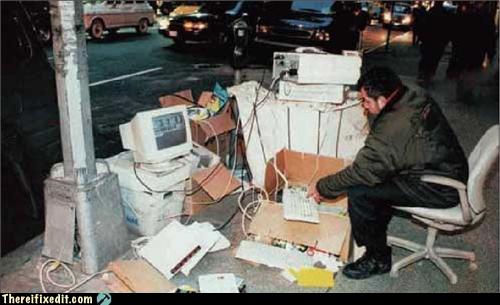