Wow, another late update. Either this week is really busy, or I'm just lazy. I'd like to go with #1. Anyway, here's what happened yesterday:

I watched the Eureka Xmas special, which was pretty good, even for Eureka standards. It was also good to see everyone come together in the end. We also got the result from the Board presentation of the SMDC Expo idea. Guess what: it was pretty much beaten to death. All of the ideas we had (except for the open house) were shot down. But we're not giving up that easily! The whole idea has now been "morphed" into an open-house (only) expo! And it's now scheduled for the spring instead of late winter.

The Client meeting went well. I dropped Keat off at class at 11, then went to the office to set up. I arrived at about 11:10, and the perspective client showed up at 11:15. Glad I got there early. I set up the conference room with a very simple setup (laptop, notepad, chairs, etc), and noticed my laptop was making a "WHIRRRR-CLICK-RRRR-CLICK-RRR-CLICK-RRR-CLICK" noise. Usually, the fan makes a low humming noise, but this was an annoying "CLICK CLICK CLICK" that I couldn't get rid of. I tried to blow out some dust and shake it a bit, and it calmed down a little. When I went outside to get the client and came back in, it was down to its usual hum. Overall, the client meeting went well! She was looking for someone to help her out of an almost-given up situation, and we provided all of the options she needed. Can't wait to get started!

I also added a few subdomains via the Plesk control panel on Wednesday, but they weren't showing up. I was about to contact the support guy again and say "Hey! My subdomains aren't showing up. What's going on?" Instead of losing my temper, I thought about logging into the VPS Control Panel (since I recall having to do a 2-step procedure before), and I added the subdomains that way as well. It seemed like a hassle, but they worked today!

Dr. Lockwood also asked about having dinner sometime. I responded "OK" and asked for a confirmation time. I'm still awaiting a response.

Keat and I were ready to watch the DVD we received from Netflix, but by the time we sat down and attemped to watch it, the PS2 wouldn't play it. After fiddling with it for about 2 minutes or so, I opened it up and saw the DVD was cracked. I mean, a clean, straight crack! Don't know how that happened (honest!), but I notified Netflix and sent it back today.

PS: According to my tracker on the blog (top right corner), I have also been blogging for 1 month! YAY!

I know not of Yesterday

Well, yesterday had its ups and downs. I never really knew exactly what was going on, but I had a good idea. Aside from waiting on the latest Bleach chapter to come out, I worked on some Fire and Ice updates, some Cove Creek updates, tried to get the North State payment system working (found out I needed to contact their Merchant and put the account in Test mode), replied to some business emails, and napped a bit. For some reason, I couldn't fall into a good sleep on Tuesday night. So I napped when I got to the office until Keat called. She went to lunch with her class, and then went back to her other classes, and I napped. After a restful nap, I got back to work, trying to catch up and get things going. I know it seems pretty vague, but that's how yesterday seemed: vague. We were also waiting to hear back from the Radio station about a hosting gig and the SMDC Board about the Expo idea. I'll explain more tonight.

Aside from the typical business stuff, I also tried to work on some more subdomains. I added them, but they aren't showing up. Don't quite know what that's about. 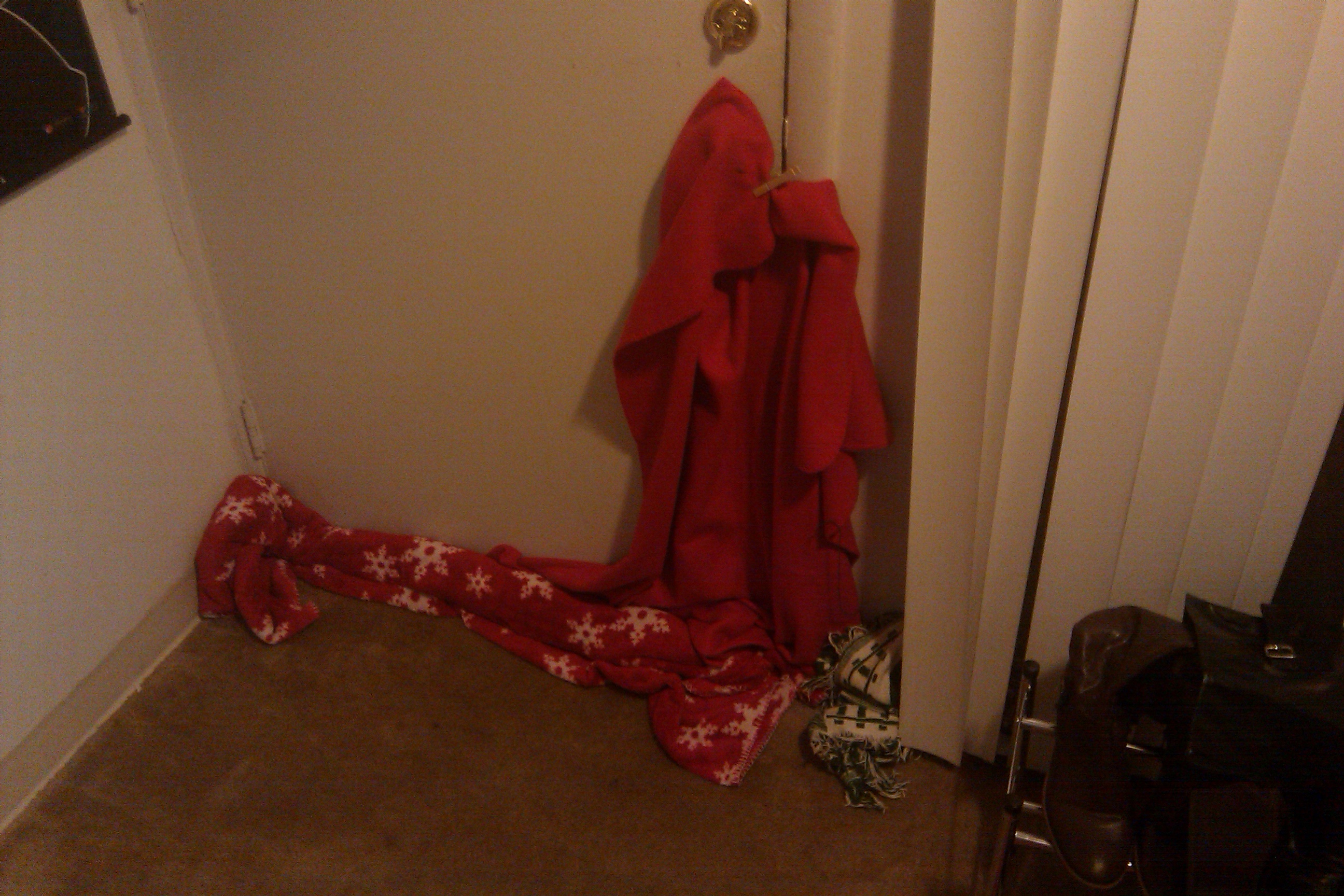 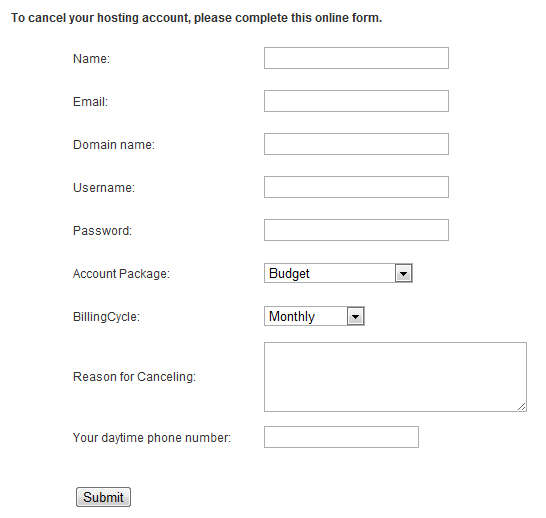 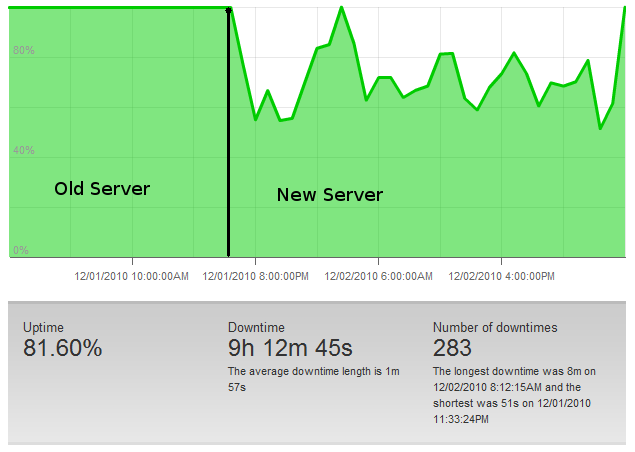 Well, the server file transfer is done, but there are a few DNS issues with the subdomains and the uptime. It is getting very confusing. That is why this posting is a day late. I'm working with the support guy, but I think either he's getting pissed at me or the server setup is so specifically confusing that it is causing issues.

Yesterday had to be one of the worst days I ever had. I'm not quite sure what the issue was that made me have a totally "mad-at-the-world" mood, but I think it had to do with Chi scratching drywall and the Director's Cut newsletter (called "Hello World!"; appropriate, right?) I wanted to get out on the 1st. I stayed up till 5am writing it, then got about 3 hours of sleep before Keat had to be at school. I'm normally good on 3 hours of sleep, but I don't think that helped at all.

Keat didn't have her phone, so I left around 2:15 to pick her up. After I picked her up, it turned out that she was in a sour mood as well. We went to Wendy's to get some food, and tried to act civily. I think it helped a little, because we had some food and started joking around. Keat and I felt better, so we went to Ingles and got a copy of The Mountaineer, which contained an article about us. How exciting!

We came back to the office, I clipped the article out and posted it, and things got better. Keat approved the newsletter, took a nap, and I sent it off. I sent off a few more emails and tried to work on the subdomain issue again - no luck. Couldn't figure out the issue.

Keat had class at 7:30, so she got up and left. I watched some American Dad and tried to clam down some more. Keat got done with class and we went home, played with the cats, and went to sleep. There goes Wednesday.

A lot happened today, but I want to keep this short so I can recreate it if need be; the server transfer is almost done and the last thing to be transfered is the shadowdev.com core. That pretty much means 85% of the files on the web server (including this subdomain). I can't wait till the transfer is done so this headache can be over.

I already vented to Keat, so the majority of my 'rant' is over. However, I'll sum it up for quick-reading purposes. I:
- added Hugh to the Advisor list on the Shadow Dev sites and sent out a short PR announcing his Advisor-ship;
- sent Dad the Alpaca information, only to find out that he already met the people and he's not pursuing that course of action;
- called Progress Energy and found out that the payment station didn't scan the account number on my check right and charged me 13.50 + my payment, but the operator was very friendly and helped me through the process, including paying online and avoiding the stupid $4.95 online processing fee;
- called the Auto shop and finally rescheduled my tire rod appointment that I had to postpone 2 weeks ago; added ALL of the email forwarding rules to the new server;
- finally figured out the stupid open_basedir issue on the new server and solved that (long story short: had to manually edit the new httpd.conf files one-by-one); semi-caught up on Eureka Season 4 (ep. 5-9, until 1-4 become available and/or episodes 10-20 air);
- manually updated ALL of the databases on the new server (the support guy was transferring them one-by-one, which was taking forever, so I exported the info out of phpMyAdmin on the old server and imported it on the new server; est. time of competition: 1 hr);
- found out that the article that The Mountaineer came to us for back at the beginning of the month is scheduled to be published on Wednesday (yay!);
- talked to Allan about the SMDC Expo event and got some of the 'minor' details out of the way;
- re-croned the new server to perform the "reminder" cron job every minute of every day (after I realized that the main php module was in a different location;
- loaded Seesmic on my laptop, which is easier to manage than TweetDeck, but I would like the integrated desktop feature for constant notifications of mentions and replies;
- stopped by the Waynesville Rec center and took a tour - really like it and may join in the next few months;
- browsed the "Internets" and found a lot of good stuff: duly tweeted
- and of course, did my standard stuff for every day (check reader, reply to email, etc);
- then came home and did some last-minute cleaning before the inspection tomorrow
....And that was my Monday.

Can't wait to see what Tuesday brings up!