First (and this is in no chronological order), I watched Sword Art Online in 5 days. 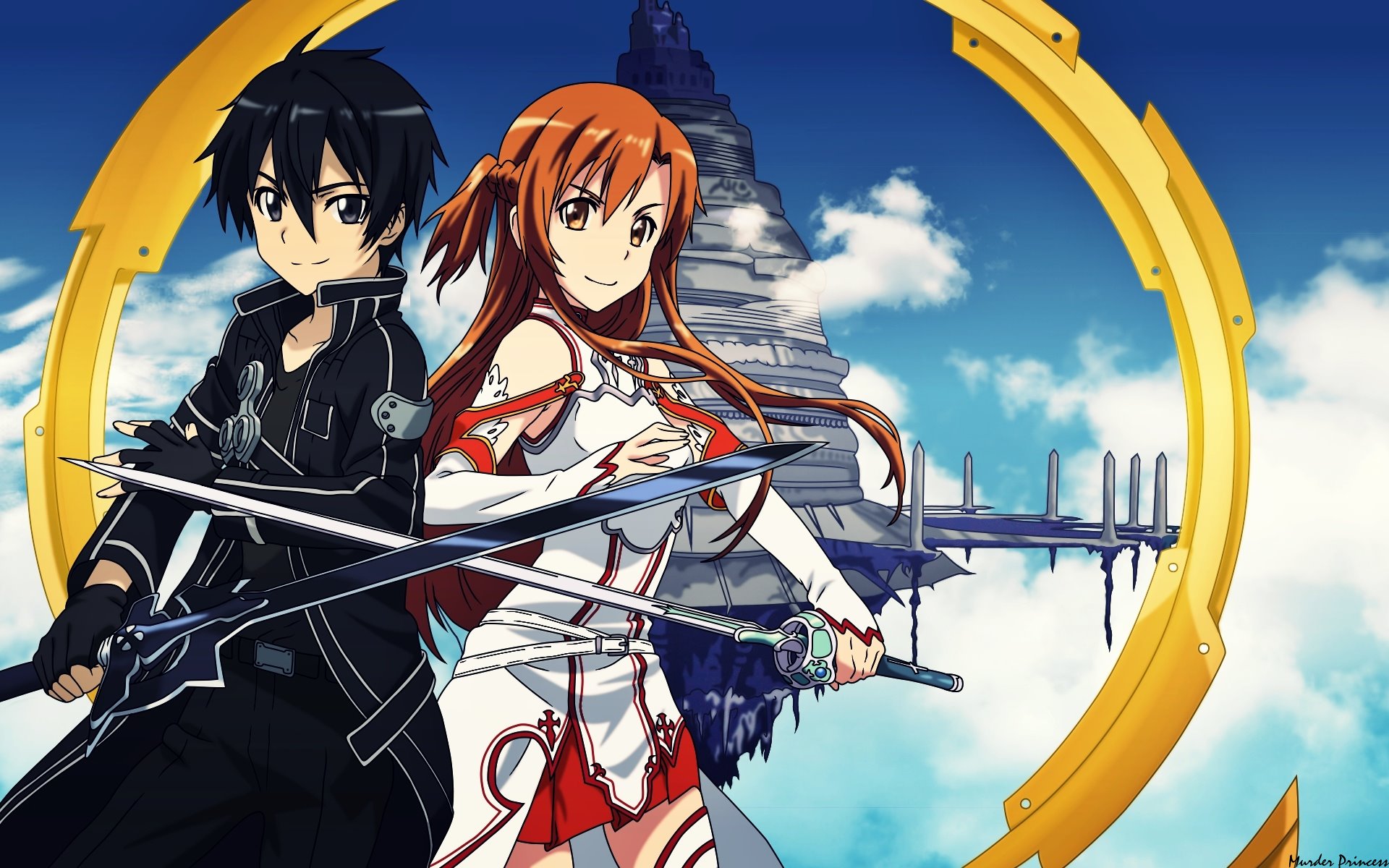 Overall, the series was....is there a better word for AWESOME? The action, the progressive storyline, the drama, the mystery, the twists, EVERYTHING! In addition, I have a fan-crush on Asuna (the one on the right).

According to many independent lists, SAO was the top anime of 2012, so I have already maxed out my quality list for anime's for a while. I don't know of any more that can top that. Although, I'm starting to watch Steins;Gate - I hear it's pretty good.

Anyway, I have also been talking with a co-worker at our building and may be able to negotiate some hosting space for Shadow Dev. He was able to get me a testing server, and at 60GB of space and 2GB (with +2GB of burst) of RAM, it's more than I could have asked for! So this looks like a good relationship.

I have also successfully migrated my personal blog (yes, this) onto my home web server. After learning about Port Forwarding a few weeks ago, my home server has been able to be accessed by the public! Yes, you are reading this off of the server I have sitting at home! It took a while to learn the differences between the company web server and the home one (CentOS to Debian, Apache to Apache2, enable mod_rewrite, FTP to SFTP, etc), but I did it.

Also, there was a power-change at Shadow Dev. As of January 3rd, I am no longer President (at my own choice). I prefer coding and exploring the world of technology, so I decided to pass along the responsibilities of President to someone else. The only person I trust to carry these responsibilities on (and do it without a 6-figure salary) was Keat. So Keat is President of Shadow Development, and I demoted myself to VP of Operations, which I am happy with. My to-do list is shrinking everyday now that I don't have so many presdential duties hanging over my head.

Christmas was fun, aside from the traveling. We went to my parents for about 4 days and got to play with the neices and nephew. We also had the grand "Christmas Dinner" on saturday, since this (may be) the last Christmas at my parents' house. I was under the assumption that Christmas was going to be on Saturday, but as of the day of, it was just the Grand Dinner. Christmas was still on Christmas day, which was a little confusing since Keat and I planned to be there Christmas eve and prepare the turkey. Anyway, then over to Keat's parents house at the beach, which was (70%) fun for a few days. Then, back to my parents house for about an hour and back home.

By the way, since we did such an awesome job on the Thanksgiving turkey, I told my parents and I thought my mom assigned us to permanent turkey duty. Well, it turned out that she was only suggesting that. So at Christmas (my parents), we had a Turkey Cookoff between me+keat and my dad (who was a little more into it than others). The winner had to cook the turkey from now on. According to the family, they couldn't taste a difference, so I guess we are going back for Round 2.

When we cooked the turkey at Keat's parents house, the oven had been pre-heated at 400 degrees for 5 hours before we got there, so the first phase of the turkey took about 45 minutes instead of 1.5 hours. Keat's dad was frantic saying "Turkeys shouldn't take less than 4 hours to cook!" and was causing a fit because he feared the turkey was undercooked. According to the internal thermometer, the meet inside was a 161, which is what it is supposed to be at. Anyway, after trying to be reasonable with him, Keat's mom put the turkey back in the oven at Warm and he was satisfied. The turkey was still juicy, though.

So, back home. Last weekend (not the one that just past, but the one before), Keat and I attended a meeting of our local Starfleet ships, the Alaric. I thought this was going to be just a meeting with Star Trek nerds talking Trek, but it ended up being a 3 hour discussion of, well, everything! Planetary exploration, space weather, physics, gun control, book discussions, rocket launches, movie nights, recycling, baseball, and more! Keat and I are considering joining Starfleet (well, officially "The International Star Trek Fan Association, Inc"). It's like the SCA, but for Star Trek! I'm game!

Changing gears for a moment, we did get moved into our new office. (See photos at shadowdev.com/newoffice ) Expanding to 900 sq. ft. from 200 sq. ft. is quite a change, and it seems almost a little too spacious. I'm just glad that we have a storage closet to store a lot of the stuff that isn't supposed to be out. I'm trying to make our 2nd floor a "Lounge" area, but it's coming along very slowly.