Bachelor for a Week - Day 5 - Almost Over

Keep in mind that the above comic has to deal with the Ren. Fair(e). I thought it was appropriate since I'm watching Voyager and active in the SCA.

Anyway, this week is over and I've defiantly surpassed 40 hours this week. The server says I logged on this morning at 9:57, so up to now, I've been working about 7.5 hours. Add that to my current work load, and I've worked 42.5 hours. Not bad for a week of Bachelor-ism.

Keat comes home tomorrow (YAY) and my Bachelor-ism will be over. I can't say it's been all great. The majority of the week has been: get up, go to work, come home, watch some tv, go to bed (+10 points if you can get that reference). Literally, I've gotten up (usually around 9), arrived at work around 10-ish, worked all day, went home, watch a movie (and feed the kitties), and went to bed. That was my week in a nutshell.

ANYWAY, I worked on the WHCC page a lot today, and should have that up by Monday as promised. I also worked on the Shadow Dev Beta site again, and things are coming along nicely. I should be able to meet that September 1st deadline with no problems.

I had a meeting with WHCC early this morning to go over some documents, and had the cleaning lady come in after that. Let's just say that what she did (and her daughter) in 20 minutes would have taken me a whole day to do in the office. $15 for a thorough cleaning is well worth it. She even offered to dust and more, but I thought I'd better start off small since this is her first time. She will definitely be back in 2 weeks! 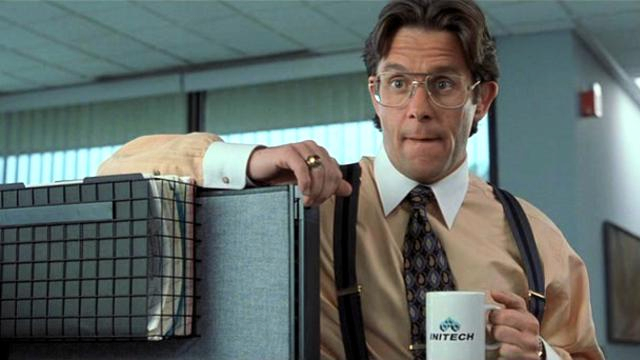 I'm going to call it quits early today and head home to take care of some of the chores that I was supposed to do over the week. I did a few of them, but I have a lot to go. Good thing I don't have any Lumbergs around!

Although I did watch Dinner for Schmucks last night. Some people may have thought it was bad, but once you accept that it is "Steve Carrell"-funny, then it makes more sense. Overall, with the amount of comedy, dirty-ness, follow-through storyline, and cast of actors (including Jeff Dunham), it was a really good movie.

I've also watched: Mortal Kombat Annihilation (crap), Star Trek Nemesis (ok, but I'm starting to like it better once I got past the "Data died" part), Star Trek Insurrection (eh...), and The Karate Kid (yes, the 1984 version - I finally saw it all the way through and it was pretty good).

And just for kicks, here's another Star Trek related comic: